The Short Guide to the PWCC Card Trimming & Alteration Fraud

1. The major sports cards card grading companies, BGS (Beckett Grading Services) and PSA (Professional Sports Authenticator) have consistently shown that they are simply not detecting alterations (such as trimming) to sports cards. Whatever the reason, hundreds of cards have already been proven to have been incorrectly authenticated by PSA and BGS based on their own standards.

2. PWCC was identified to be selling vast numbers of trimmed modern cards graded by BGS and PSA. The sources of these cards are individuals who have long been identified as proven or likely card trimmers. These include, but are not limited to: Robert Block, Kevin Burge (and associates Keith Koenig, Vinny Ho, etc.) and Will Jaimet.

Although there is no proven culpability on behalf of PWCC for selling cards on behalf of these trimmers, each individual apparently converged independently upon PWCC at various times throughout the early 2010s to sell their altered cards. All had their own eBay accounts before this time, but it is apparent that they were all seeking more covert and easier ways to pass off their fraudulent products.

PWCC has taken action to not work with these consignors moving forward, but they have failed to identify any cards that were submitted for consignment by these individuals. PWCC’s customers have had to research the provenance of their cards on their own to determine if it is possible that their cards have been altered. This becomes impossible for cards that do not have any distinguishing features, such as a serial number. PWCC has failed to provide any transparency on this issue.

3. PWCC released a set of Marketplace Tenets. These tenets more or less outlined cards that were acceptable and unacceptable to be sold on the PWCC Marketplace. They flatly stated that they would not permit the sale of trimmed cards on their platform.

The problem is that PWCC attempted to unilaterally establish a community standard for acceptable card alteration, deeming some types of alteration “conservation”, thus making some altered cards acceptable to be sold on the PWCC Marketplace. Moreover, these standards are more relaxed than the standards established by the grading companies (BGS and PSA).

This means that if PWCC is selling a PSA graded card that is shown, via before and after photos, to be altered by PSA’s standards, but not PWCC’s, they will make no disclosure of this fact. This exact situation played out with a 1952 Topps Mickey Mantle graded PSA 4.5 that was proven to have been altered via pressing and cleaning. Even though cleaning (with a solution) and pressing constitute alteration by PSA, PWCC defined them as “conservation” and failed to disclose that the card was improperly authenticated by PSA.

Here’s an Interview with Brent Huigens on the topic: https://www.youtube.com/watch?v=_f3k5VSqVt4

4. Last is Gary Moser’s involvement with PWCC. For the better part of the last 19 years, Gary Moser’s name has appeared again and again in online communities as someone who is altering cards, forging cards, being involved with sports card scams, and associating with defunct, fraudulent grading companies.

It was discovered that Gary Moser is a massive PWCC consignor of altered and trimmed vintage cards. He specializes in trimming, especially cards of abnormal size, recoloring, chemically cleaning, and soaking and pressing cards to remove creases and reshape corners. It has been publicly disclosed by reliable sources that Brent Huigens and PWCC have been working with Gary Moser since at least 2007, and likely longer.

It is suspected, although unproven, that PWCC is submitting cards altered by Moser to PSA so they can be sold on the PWCC Marketplace. Many, many cards altered by Moser can be located on the recent pages of the same 52 Mantle thread linked above (and again below). A list of cards in the PSA submissions is also linked below.

Again, PWCC has said they will stop working with Moser. However, they have not informed collectors and customers of what cards he consigned with PWCC. I am receiving messages daily from collectors who are wondering if the cards they bought from PWCC have been altered. PWCC should be proactively answering these questions.

The two most concerning parts of the Gary Moser fraud are the following:

Here is a full write-up on that:
http://www.sportscardradio.com/gary-…-bidding-scam/

B. On at least six occasions, PWCC’s eBay account pwcc_auctions purchased cards that were later altered and sold via PWCC. On four of these occasions, a card in the same PSA submission was previously purchased (and on three occasions, purchased unaltered) by Gary Moser. This suggests that PWCC was a knowing and willing participant in Gary Moser’s decades-long scheme to defraud collectors. 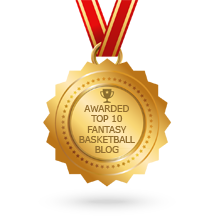